I recently came across a couple of Raleigh RSW's on eBay that were being sold as "local pickup only" down in Nehalem, OR.  Nehalem is just east of Manzanita, a coastal town the family and I frequent almost every summer.  I knew it was going to be a stretch for the seller to get many bids,  seeing that people would need to go to the Oregon Coast to get them, so I put the bids in.

Here are some pictures for the eBay ad...

So, bike number one is a 1970 RSW MkII.  It looks pretty much stock 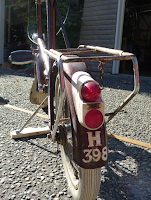 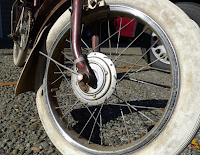 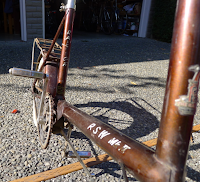 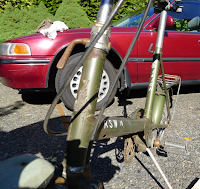 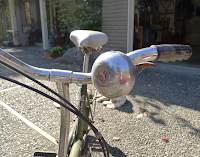 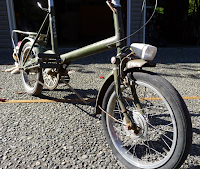 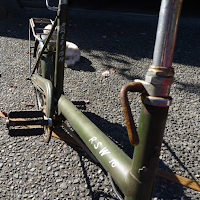 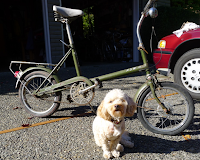 Post Script: 3/21/2013
It is now about four months since I originally wrote this post up... and frankly these bikes were what pushed me over the edge.  The condition was poor and they weighed a fricken TON... each....

Even our dog Hazel was disappointed!

I had just returned from a trip with my eldest son, and traveling with bikes was really on my mind.  But NOT these bikes. Too heavy.  And not Twenties. Too heavy and not small enough.  So what to do?

Sell these and get a Brompton!!  More to come on THAT decision..