Well, I admit I've been a bit scarce these last few months.  Here it is already the last day of 2013…  I'm planning on being better about this blog next year.

But to end the year, I thought I'd post about a bike I recently acquired: A Raleigh RSW 16 DeLuxe 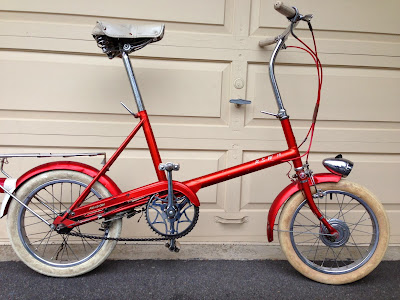 This bike was purchased from a local artist who had come by it many years back in a poker game.  It is a gorgeous example of this particular bike.  While it does have a few "love marks" and the Dynohub appears to not be functioning, overall the bike is in pretty good shape and lacks the cancerous rust that usually plagues vintage steel bikes.

I won't replicate the history of this bike… Sheldon Brown has it covered HERE.  I particularly love the original brochure scan that shows this bike, exactly  and in this color.  HERE is another great history of the bike.

This is the "DeLuxe" version which means it has an integrated lighting system, twist grip shifter and color matched cable housing.  Here are a few more pictures I took today in the flat light of a late December: 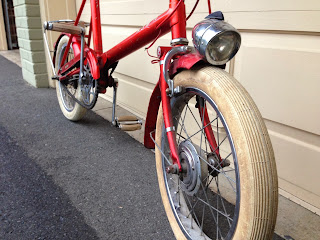 Above is a shot from the front.  Notice the original lamp mounted on the fender… typically, in others I've seen, the mounting is rusted away due to moisture coming at it from underneath.  This one is perfect.  No rust inside the lamp housing either and the lens appears to be un-cracked and free of scratches. 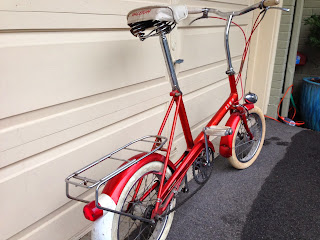 Here now is a shot from the behind.  The chrome rack is, again, a particular problem for these bikes and typically rusted.  It has a special slide out portion at the end that was designed to clamp down on the frame of a "carry-all" that was built for this bike.  I will be on the lookout for one of these bags… 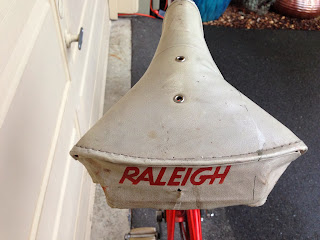 Here's a rarity… a vinyl saddle without any rips in it!  These are notoriously torn and worn.  Not this one.  Just a bit dirty. 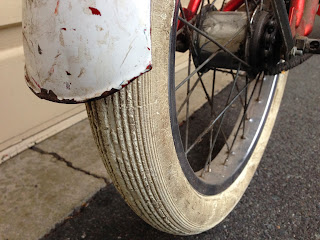 These Dunlop 16 x 2" cream colored balloon tires are no longer available.  As you can see from this photo, the tires are still serviceable, but are breaking down a bit.

My plan for this bike is to remove the white bits: tires, pedals and saddle, and store them for posterity.  I'll clean her up, rebuild the bottom bracket, hubs and headset and install some new tires, brake pads saddle and pedals, get the Dynohub working then…. ride it!

Happy New Year everyone.  Here's to riding into 2014

UPDATE:  February 2, 2014
Here is an image of the same bike, now with the parts set up for riding.  Comet 16" tires, a cheap set of platform pedals and a cheap vinyl saddle.  I usually swap out a Brooks B-66 between bikes, so this saddle is just a filler. 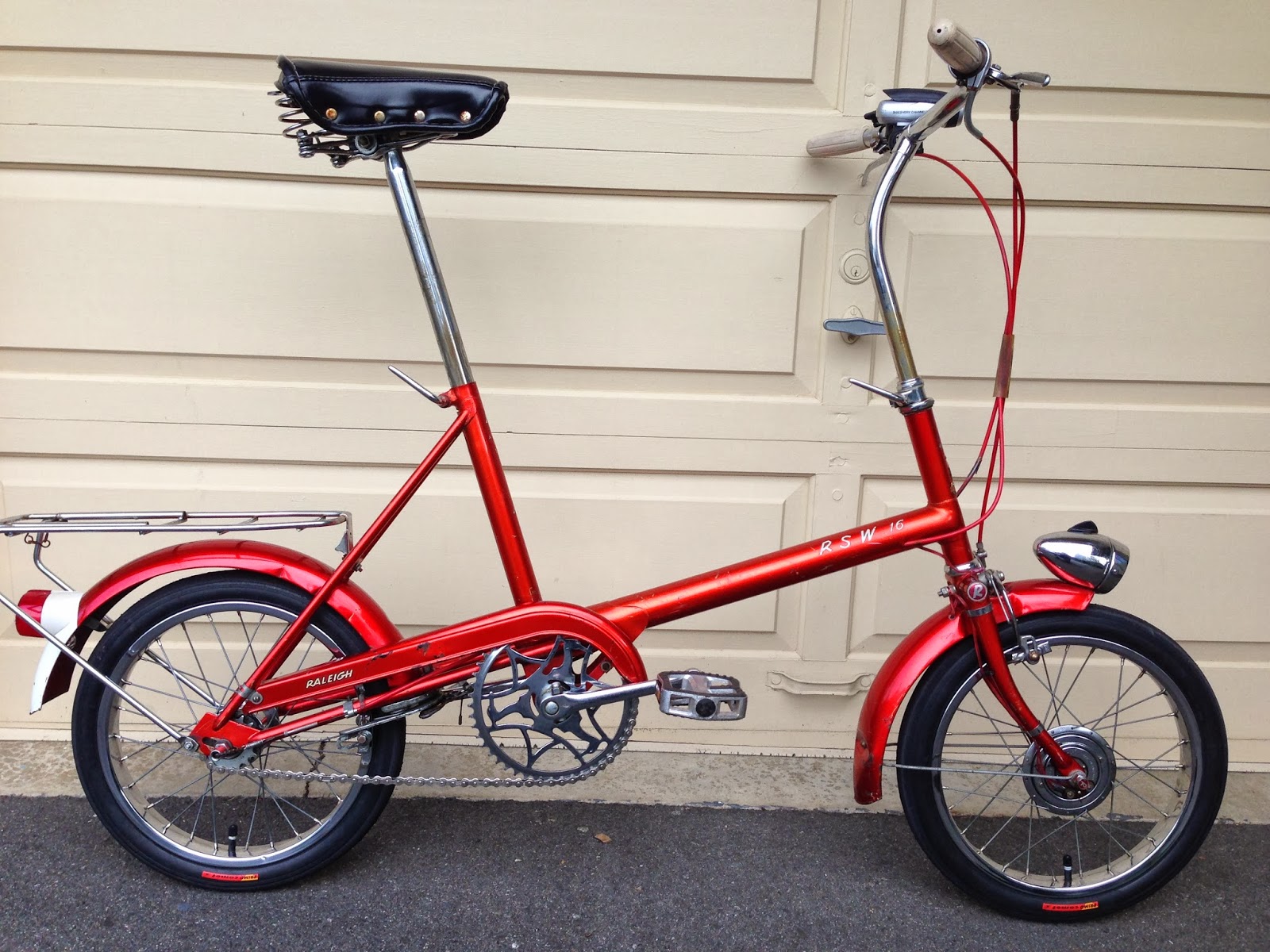 The Dynohub and the AW three-speed have both been completely rebuilt.  Lighting system is now functional (if you can call the lighting from the 60's "functional.")  This bike is actually pretty fun to ride now.  I wonder what it would feel like to put some significant (>25) miles on her… ??
Posted by charles at 4:02 PM 4 comments: